Discover the debut crossover yacht from Sanlorenzo: the SX88 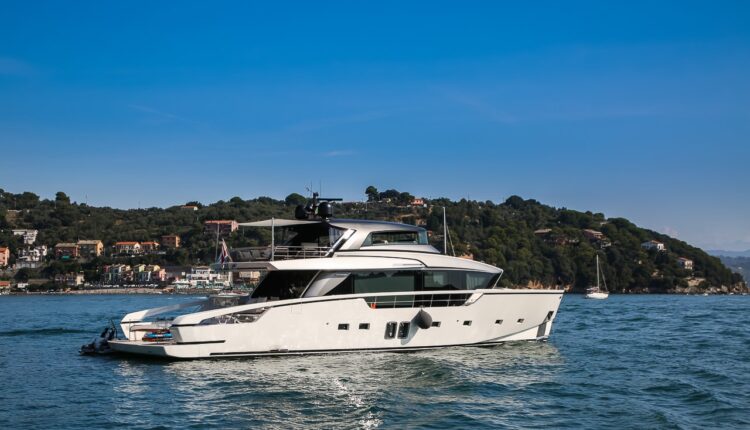 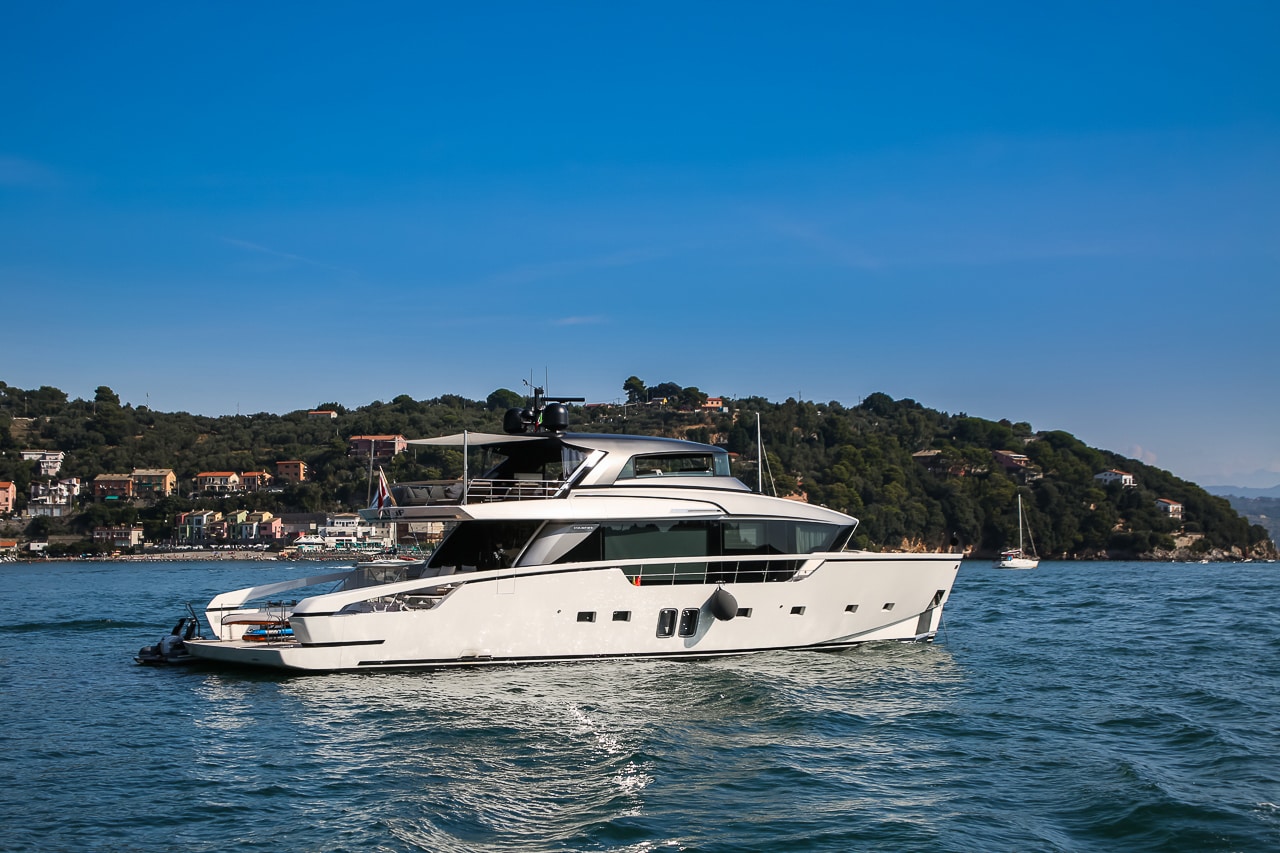 Sanlorenzo’s SX88 motor yacht, unveiled for the first time at the 2017 Cannes Yachting Festival, is the first’social’ crossover vessel from the SX line. Aimed at a newer generation of yachtsmen, her crossover element is a blend of characteristics from an exploration boat and the traditional flybridge motor yacht.

The 27-meter SX88, unlike any other motor yacht built by the Italian shipyard, represents Sanlorenzo’s entry into a new segment of the semi-custom market, which has been met with tremendous success. The SX88 is one of the shipyard’s most popular semi-custom models, having sold eleven units before the first yacht was completed. With an innovative external design by Officina Italiana, her high, sturdy bow tapers toward the stern, offering her exceptional seaworthiness in any weather. The use of huge glass windows throughout the superstructure emphasizes the expansiveness of the interior. She includes a totally new interior design by Piero Lissoni, which provides an astonishing amount of internal space for a vessel of her size class. The first cooperation between the architect and interior designer was influenced by lofts and resulted in the transformation of the main deck into a single open room surrounded by floor-to-ceiling windows.

Rethinking the conventional arrangement of a superyacht, the SX88 relocates the helm to the flybridge in order to maximize the space on the main deck. The helm station on the flybridge can be completely covered and air-conditioned, and the enormous vertical wraparound glass can be lowered for ventilation or better views of the surroundings. Alternately, future buyers have the option of relocating the master suite from the lower deck to the main deck in order to take use of the expansive windows and views.

The aft area of the main deck is another distinctive element of the SX88; it is furnished with comfortable, exclusive sofas, coffee tables, and armchairs with glass doors that lead to the outdoor space. Five stairs lead to the expansive beach club, which provides 30 square meters of area to enjoy at the water’s edge. Due to its ingenious design, the SX88 is able to carry a 4.5-meter tender, jet-ski, and various more toys. The crane used to move these watercrafts is skillfully concealed in the extended profile of the handrail so as not to detract from the boat’s aesthetics.

The bow portion of the main deck contains a U-shaped sofa for sitting and sunpads for sunbathing. The flybridge maintains an open area suitable for alfresco dining and lounging. Unusual for a motor yacht of her size, the lower deck has four or five staterooms with en suite bathrooms, depending on the preference of her future owner. Each configuration option includes a full-beam master bedroom with green glass panels on the main or lower deck, a VIP cabin, a double cabin, and a twin cabin, all on the lower deck. She has a strong crew-to-guest ratio, as she has three crew members and accommodations on the forward lower deck. She has a maximum speed of 23 knots and a cruising speed of 12 knots, thanks to three IPS 1050 Volvo engines.

Four Watersports That Can Be Enjoyed As A Family

Do’s and Don’ts of Bus Travel In India